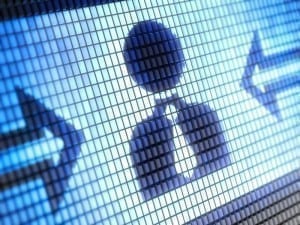 Israel is extending the pilot testing phase of an ambitious new biometric identity card program despite serious concerns about its implementation and efficacy.

Just hours prior to the publication of a special report on the National Biometric Database program, Interior Minister Silvan Shalom announced that the trial period would be extended another nine months. The special report from State Comptroller Joseph Shapira, meanwhile, pointed to numerous problems discovered so far in the system. Perhaps the biggest of these is the lack of accuracy in the fingerprint readings, with 430,000 scans having been found defective, and 16 percent of the 91,000 biometric ID cards used at the Ben-Gurion Airport being faulty and inoperable.

The report also criticized the program over its lack of any metrics for tracking how successful it is at preventing identity theft, its use of a flawed database system that is not built to last beyond the trial phase, and a failure to consider alternatives. Piling on top of these critiques, the country’s Movement for Digital Rights, a privacy advocacy group, asserted that the Comptroller’s report demonstrated negligence and deceptive behavior on the part of state authorities seeking to implement the biometric system.

Defending his decision to extend the trail period, Shalom essentially argued that he and the newer members of the Knesset State Control Committee need more time to acquaint themselves with the program, and pointed to the successful implementation of such systems in other countries as cause for optimism.

While it’s certainly true that biometric citizen ID’s have proven very useful in countries like India, whose Aadhaar project is perhaps the most ambitious such system in the world, elsewhere in the world privacy concerns tend to be prevalent even when the efficacy of the technology isn’t called into question. Given these issues, postponing any kind of final decision about the project in Israel was probably the safest option for those seeking to ensure it isn’t derailed.