Last week at FindBiometrics we kicked off Law Enforcement Biometrics Month in our featured articles section while the industry news brought us headlines from the worlds of border control, mobile device integrations, and physical access control.

Here is a look back on the top stories from last week in biometrics and identity:

September is Law Enforcement Biometrics Month and, to kick things off on the right foot, last week we published a primer intended to bring you up to speed on the current state of the industry and the discourse surrounding it. The month-long featured focus is set to culminate on September 28, with a special webinar, Connected Justice: The Benefits and Challenges of Biometric Law Enforcement. Registration is free, and as usual with FindBiometrics webinars, attendees can expect to participate in a question and answer period at the end of the live webcast. The IBIA published a comment last week on the recent mandate by the US Coast Guard to require biometric electronic credential checks at high risk maritime ports. Meanwhile, Vision-Box launched its Orchestra platform, which has expanded beyond airport security applications and now boasts passenger analytics capabilities. Land borders were in the news too, with CENTINELA—a vehicle scanning system deployed at border crossings—having been upgraded with facial recognition features. Here’s a look back on last week’s big airport, seaport, and land border crossing news: News From The Alliances 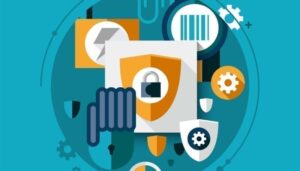 Suprema launched its BioMini Plus 2 fingerprint reader last week, while Fingerprint Cards (FPC) was in the news with multiple smartphone integrations of its sensor technology. FPC’s long time software partner Precise Biometrics announced its CFO is stepping down, while NEXT Biometrics made a major investment intended at streamlining its flexible fingerprint sensor production. Google was in the fingerprint news too, with new discoveries in Chromium open source hinting at the inclusion of fingerprint sensors in future Chromebook models.

This week marks ASIS 2016 in Orlando, Florida, and in advance of that conference FindBiometrics interviewed FST Biometrics CMO Arie Melamed. The conversation includes an in depth discussion of the benefits of contactless, multimodal physical access solutions, like FST’s In Motion Identification (IMID) system. We also learned that Disney World is fingerprinting children under ten years old in an alleged attempt to curb ticket fraud. Meanwhile, we examined a physical access control case study involving the use of multispectral fingerprint sensors at a Nigerian Shell plant used by over 80,000 workers. How Do Biometrics Factor Into The iPhone 7? Speaking of biometrics and financial transactions, HSBC further embraced biometrics last week with the news that its customers will be able to open online accounts verified by selfie-based face authentication. Meanwhile, USAA announced that it is using speech recognition enabled AI to improve accessibility on its mobile app and website. Financial services conference FinovateFall was held last week in New York City, in the meantime, and STC Group (represented by SpeechPro USA) was there showcasing its multimodal OnePass solution.

STC Group to Show Off Multimodal Onboarding System at FinovateFall

The Many Modalities of the Week In addition to the biometric modalities mentioned above, we saw the roster rounded out with some additional news items. A new partnership will see EyeLock’s iris biometrics distributed by ADI. iovation acquired LaunchKey and proceeded to launch a mutlimodal, multi-factor solution based on both companies’ tech. And behavioral biometrics made the news too, with Intensity Analytics scoring patent approval for a keystroke recognition authentication system.

Be sure to sign up for the upcoming Law Enforcement Biometrics Month webinar. Registration is free, and attendees can expect to participate in an interactive question and answer period featuring our expert panel.