Last week we brought in the new year with exciting biometrics news coverage straight out of CES 2017 in Las Vegas. The first major tech conference of the year, renowned for setting the technological tone for the following twelve months, CES dominated the identity news with automotive headlines, fingerprint sensor news, and much more. The industry was still active outside of Vegas too, with stories surfacing in healthcare, law enforcement, and physical access control.

Here’s a look back on the top identity tech stories from the first week of 2017: CES has been a reliable source of big deal connected car news for the past few years, and last week we saw biometrics finally take the spotlight in this regard. Honda announced its partnership with VocalZoom—a union that has resulted in optical voice sensors integrated into the later’s smart car. And while voice and speech recognition might seem relatively standard when it comes to automotive biometrics, it can’t be denied that one of the most exciting authentication technologies announced at CES was Gentex’s driver authentication system that has seen Delta ID’s iris recognition technology integrated into a rearview mirror. Read more about biometric smart car innovations below:

Fingerprint Cards announced last week that all of its biometric touch sensors are now available to be integrated into PCs. Meanwhile, at CES, Goodix won an innovation award for its liveness detection fingerprint sensor, SecuGen was showing off its newly launched UN20 Serial sensor, and IDEX was demonstrating its fingerprint smart card solution.

Fingerprint sensors are also off to a strong start in terms of 2017 smartphone integrations. Last week we saw FPC sensors integrated into handsets from Huawei and Xiaomi, Goodix sensors featured on an LG smartphone, and Synaptics sensors on a VR-ready device from ASUS. Indeed, it seems that as the new year dawns, it is more remarkable for a smartphone to launch without a biometric sensor than with one. The latest market research from Acuity certainly corroborates this view, with the firm’s most recent report stating the biometric smartphone market saw growth upwards of 100 percent in 2016.

Take a look at those and more of last week’s big biometric smartphone headlines: Last week we reported on Google’s strong recommendation that Google Adwords partners adopt second-factor verification, otherwise known as two-factor authentication (2FA). Two-factor has become increasingly accessible as of late and is seeing some overlap with biometrics, a trend on display with the newly launched security key from Kensington, which features a Synaptics fingerprint sensor.

Biometric padlocks were on parade at CES 2017 last week, with BIO-key showcasing its line of fingerprint-protected physical access devices. BIO-key wasn’t alone in highlighting this new technology niche, with LA startup BenjiLock also showcasing its own next gen padlock.

BIO-key Aims to Wow With Biometric Padlocks at CES 2017 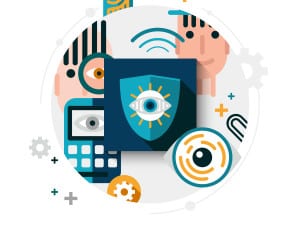 Iris ID announced that its contactless biometric technology has been deployed in an Icelandic gym for physical access control purposes. In the world of facial recognition, meanwhile, Synaptics announced that the modality has been integrated into its Natural ID line of authentication solutions, and we also saw how face biometrics are having an effect on fraud and fashion around the world. A new healthcare communications app called pillphone, which can put patients in touch with doctors, uses biometric authentication courtesy of ImageWare, we reported last week. On a broader level, mobility and vertical applications intersected with the announcement of biometric signature recognition on AAEON’s rugged tablets.